Use of psychiatric drugs and deinstitutionalization.

Beginning in the 1950s, psychiatric or psychotropic drugs were used for the treatment of mental illness and made an immediate impact. Though drugs alone cannot cure mental illness, they can improve symptoms and increase the effectiveness of treatments such as psychotherapy.

Classes of psychiatric drugs include:

A result of the use of psychiatric drugs was deinstitutionalization or the release of patients from mental health facilities. This shifted resources from inpatient to outpatient care and placed the spotlight back on the biological or somatogenic perspective.  When people with severe mental illness do need inpatient care, it is typically in the form of short-term hospitalization.

Antidepressants can increase suicide risk related to a possible energy increase after initiation of the medication, but with continued feelings of depression. Therefore, individuals may then have the energy to carry out a suicide plan (Videbeck, 2020).

Serotonin syndrome a potentially is a rare, but potentially life-threatening, condition associated with serotonergic drugs that can result from proper medication use, drug interactions, or overdose (Simon & Keenaghan, 2022).  Most cases are mild and will resolve within 24-72 hours after removing the precipitating medication (Simon & Keenaghan, 2022). The signs and symptoms include:

Anxiolytics/Anti-anxiety medications help with the symptoms of anxiety and include benzodiazepines (a class of sedative-hypnotic drugs) such as Clonazepam, Alprazolam, and Lorazepam. Anti-anxiety medications such as benzodiazepines are effective in relieving anxiety and take effect more quickly than the antidepressant medications (or buspirone) often prescribed for anxiety. However, there is a potential for dependence and tolerance to benzodiazepines if they are taken over a long period of time and may need higher and higher doses to get the same effect. Side effects include drowsiness, dizziness, nausea, difficulty urinating, and irregular heartbeat, to name a few. It is important to note that some SSRIs and SNRIs as well as beta blockers are used to treat anxiety (National Institute of Mental Health, 2022). Buspirone is an anxiolytic medication prescribed to treat anxiety but requires 3-4 weeks to reach full therapeutic effect (National Institute of Mental Health, 2022).

Benzodiazepines end in lam/pam.
So, you might think “call pam” to help remember these medications. 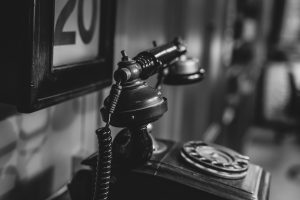 Stimulants increase one’s alertness and attention and are frequently used to treat Attention Deficit Hyperactivity Disorder (ADHD). They include Lisdexamfetamine, the combination of dextroamphetamine and amphetamine, and Methylphenidate. Stimulants are generally effective and produce a calming effect. Possible side effects include loss of appetite, headache, motor or verbal tics, and personality changes such as appearing emotionless. There is a potential for abuse related to high feelings (Heldt, 2017). Additionally, stimulants may be associated with growth restriction and sleep disturbance; thus, both should be monitored (Heldt, 2017).

Antipsychotics (i.e., Neuroleptics) were developed in the 1950s and are used to treat psychosis and diagnoses of Schizophrenia. Schizophrenia is characterized by the core signs/symptoms: delusions (false, fixed beliefs), hallucinations (any alterations in the five senses, most commonly hearing voices or seeing things that are not present), disorganized speech, disorganized behavior, and negative symptoms (i.e., deficits in emotional, cognitive, or social experiences) (Heldt, 2017). Antipsychotics are commonly divided into Typical or 1st Generation antipsychotics (e.g., chlorpromazine and haloperidol), Atypical or 2nd Generation (e.g., olanzapine and clozapine). There is also a 3rd Generation of antipsychotics, but we will limit this discussion to 1st Gen and 2nd Gen. Common antipsychotics include Chlorpromazine, Haloperidol, Olanzapine, Quetiapine, and Risperidone. Individual antipsychotics may have a particular side effect profile. However, extrapyramidal side effects (EPS) can occur with the use of any antipsychotic.

In general, there are two key differences between typical and atypical antipsychotics:

Tardive (i.e., meaning tardy or late) dyskinesia is associated with involuntary and rhythmic movements, typically of the perioral muscles (Heldt, 2017). Some of these movements may resemble grimacing, lip-smacking, or eye blinking (Heldt, 2017). If tardive dyskinesia is recognized, stop the antipsychotic and notify the provider.

Neuroleptic malignant syndrome (NMS) is a rare, yet potentially fatal, event. Historically, antipsychotics were referred to as neuroleptics and the reason behind the naming of this syndrome (Heldt, 2017). Heldt (2017) uses the mnemonic FEVER to represent the signs and symptoms associated with NMS.

Mood stabilizers are used to treat bipolar disorder and, at times, depression, schizoaffective disorder, and disorders of impulse control. A common example is Lithium; side effects include loss of coordination, hallucinations, seizures, and frequent urination. Lithium has a narrow therapeutic range (0.8-1.2) and therefore a high risk of toxicity (>2.0) (Heldt, 2017). Lithium toxicity ranges from mild to severe (Heyda et al., 2022). Heyda et al. (2022) note symptoms of lithium toxicity can include:

The use of these drugs has been generally beneficial to patients. Most report that their symptoms decline, leading them to feel better and improve their functioning. Also, long-term hospitalizations are less likely to occur as a result, though the medications do not benefit the individual in terms of improved living skills.

You should have learned the following in this section:

MENTAL HEALTH IS A VERB by Jake Bush and Jill Van Der Like is licensed under a Creative Commons Attribution-NonCommercial-ShareAlike 4.0 International License, except where otherwise noted.